How Can I Help?

How can I help are four simple words I never really learned. I don’t think I’m a bad person. In fact I try to be a very good person. But I supposed because I had a small immediate family, only my mother and brother and we tended to keep to ourselves, there wasn’t much opportunity for my mother to teach me those four words. I pretty much was told what I supposed to do and expected to do it or get yelled at. I was taught to respect adults, be kind to everyone and have self-confidence. The Golden Rule and laws of cause and effect where engrained by my Buddhist philosophy. But going beyond what was expected was not expected or encouraged or maybe even rewarded, except within the concept of spreading good cheer and making good karma.

Thinking back there are many times when I could’ve been a big help at a family dinner, a group function or other community gathering. But I just didn’t know what to do. Without someone telling me I sort of faded into the wall or hung with the men who were yucking it up, not worrying about cleaning up or small details. I would justify it thinking if somebody needed help they would ask. Or feeling a bit feminist, I’d think how chauvinist it was that only women were working and I wasn’t going to give in.

In our adult lives there are hopefully, still people who can make an impression on us and shape the way we live. A very good college friend made a huge impact on me in both a good and bad way.  First she pushed me to be proud of who I was and what I’d accomplished. Leaving home with a one-way bus ticket to college, no job and unknown prospects of where I was going to live as I put myself through school was worth hailing. But she also taught me that I should also never accept no for an answer, too speak out and try to be the exception to the rule. Well, being proud was good. Never accepting the answer no and speaking out were also good to prepare me for a profession as a journalist. But somewhere along the way the idea of being the exception to the rule might have gone a little way-ward as it probably made me give the impression that I was some how better or superior to everyone else.

I remember attending a fitness event where I wasn’t interested in all the classes they were offering so I only paid for one class. However, there was a second class I just wanted to watch a little bit to see if I would like it. The organizer was very firm in not wanting to allow this since I hadn’t paid. I was probably a little over-bearing in attempt to convince her otherwise. This probably created ill feelings and did not make me look like a very good person.

For years I carried on with this narrative barreling through life and pissing people off. I couldn’t understand why so me people were having negative feelings and speaking against me (behind my back).  There came to be two kinds of people in my life, those who didn’t like me and called me aggressive, or those who really liked me and wanted to share in my energy and sprit. Away from the second class of people I usually felt like an outsider and started to be a little stand offish with new people.

After moving to Denver I made two really good friends. We met in my Zumba class. Our friendship spilled outside the exercise room where we had drinks, dinners and family gatherings together. Something that really made an impression on me was when they would always ask me, whether I was planning an event, leading a class or just having a bad day, “How can I help?”

Gee, most often I didn’t even know how to answer. Help? What’s that? How could you possibly help me? I had been so self-reliant, so self-sufficient, so self-absorbed that I couldn’t even imagine receiving unsolicited aid. My way of thinking was it would be harder to explain what I needed than to just absorb the stress and do it myself.

Their offers were constant and sincere so that I eventually started saying yes. I’m sure it probably wasn’t easy either as I often go way too far or extend way too much. Now they were offering to take on that burden.

Your children probably change you more than anything.  As my two sons and daughter started growing and I started paying attention to the humans I was forming and how I wanted them to behave, I had to start looking more closely at the example I was setting. Of course I want them to be self confident, proud, unstoppable. But I most importantly want them to be kind, thoughtful and happy.  I started really exploring my attitude and actions. I started prompting myself to ask, “how can I help?”

What an amazing difference it has made asking those simple words. First, it’s kind. It lets some 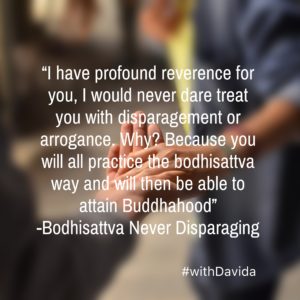 one know that you care. Secondly it removes the burden of trying to figure out if I should be doing something and what it should be. To look someone in the eyes and sincerely say those words feels good. If they say yes, it’s wonderful to support another human being. The gratitude is usually overwhelming and good will is created all around.

What I’ve come to realize is that I love helping people. I love mostly doing it by teaching fitness and yoga. In fitness I am happy when I am able to motivate someone to exercise and fel good about their body or to reach a goal of strength, self-confidence or weight loss. My new love is in the yoga room where I can help people find the pleasure and love for their body through dynamic moves or relaxation and restoration through mediation and yin yoga. What I am learning I love sharing and helping people to find love and confidence in themselves. So, let me ask you sincerely, how can I help you?